Machine colorised Mausoleum Of Humayoon [Humayun] [Nasir-ud-Din Muḥammad (Persian: romanized: Nasīr-ad-Dīn Muhammad; 6 March 1508 – 27 January 1556), better known by his regnal name, Humayun (Persian: همایون‎, romanized: Humāyūn), was the second emperor of the Mughal Empire, who ruled over territory in what is now Afghanistan, Pakistan, Northern India, and Bangladesh from 1530 to 1540 and again from 1555 to 1556. Like his father, Babur, he lost his kingdom early but regained it with the aid of the Safavid dynasty of Persia, with additional territory. At the time of his death in 1556, the Mughal Empire spanned almost one million square kilometres]. From the book ' The Oriental annual, or, Scenes in India ' by the Rev. Hobart Caunter Published by Edward Bull, London 1838 engravings from drawings by William Daniell 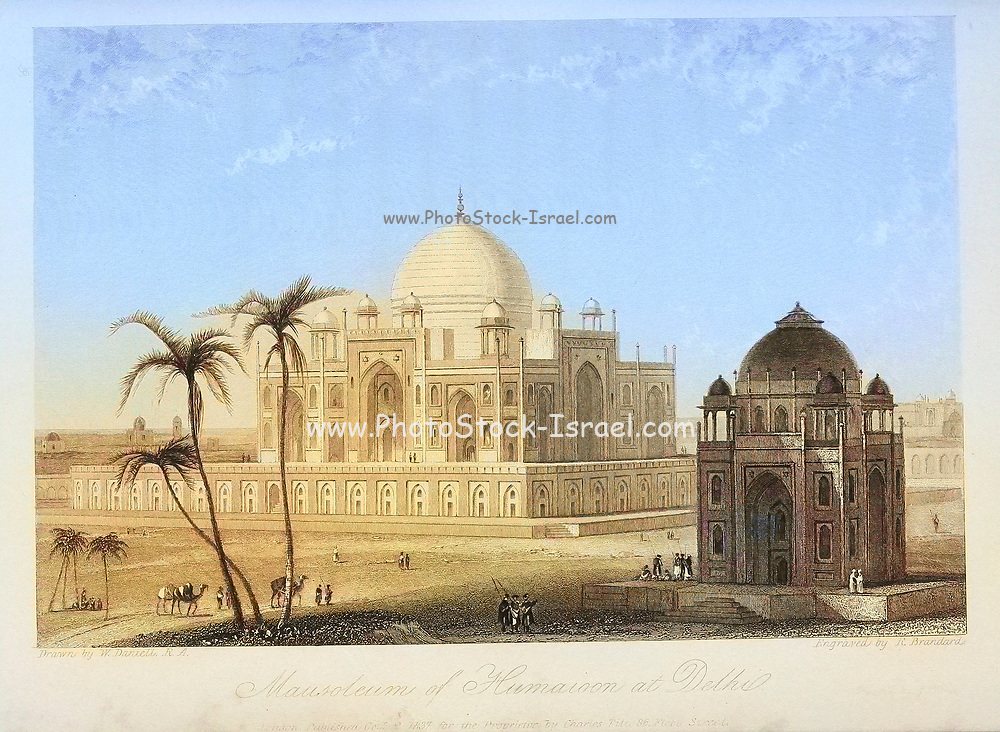