Shin-Ga-Ba-W'ossin a Chippeway Chief [Chief Shingabawossin was born about 1763. He was the grandson of Gi-chi-o-jee-de-bun and the oldest of the nine son of Naid-o-sa-gee's family, consisting of about 20 children in all from four wives. Chief Shingabawossin had one wife and twelve children. He participated in the 1783 Battle of St. Croix Falls, under the leadership of La Pointe Chief Waubojeeg. During the War of 1812, he was enlisted by the British to fight against the Americans and went to York to join Tecumseh's War] from the book ' History of the Indian Tribes of North America with biographical sketches and anecdotes of the principal chiefs. ' Volume 1 of 3 by Thomas Loraine,McKenney and James Hall Esq. Published in 1838 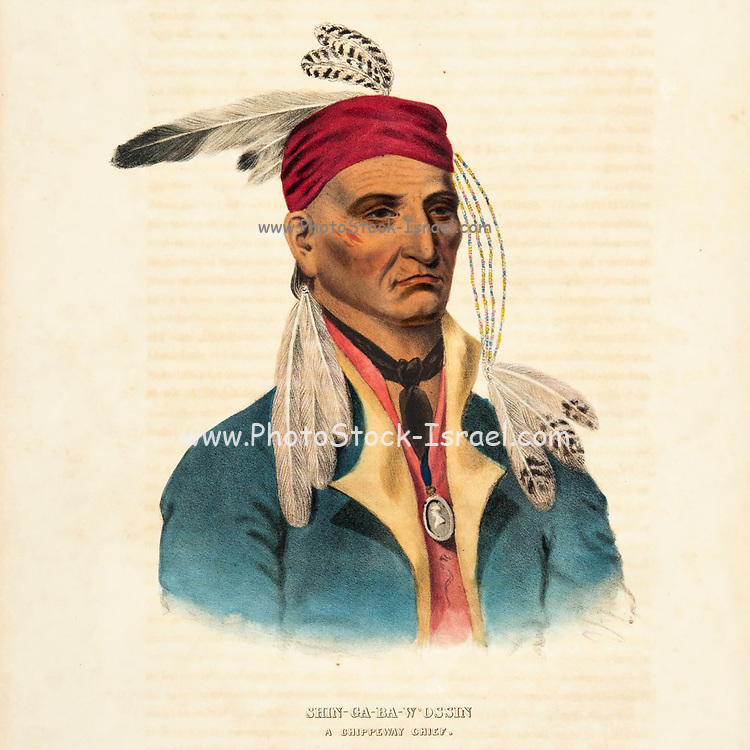