Maximilian I (22 March 1459 – 12 January 1519) was King of the Romans from 1486 and Holy Roman Emperor from 1508 until his death. He was never crowned by the pope, as the journey to Rome was always too risky. He was instead proclaimed emperor elect by Pope Julius II at Trent, thus breaking the long tradition of requiring a Papal coronation for the adoption of the Imperial title. Maximilian was the son of Frederick III, Holy Roman Emperor, and Eleanor of Portugal. Copperplate engraving From the Encyclopaedia Londinensis or, Universal dictionary of arts, sciences, and literature; Volume VIII; Edited by Wilkes, John. Published in London in 1810. 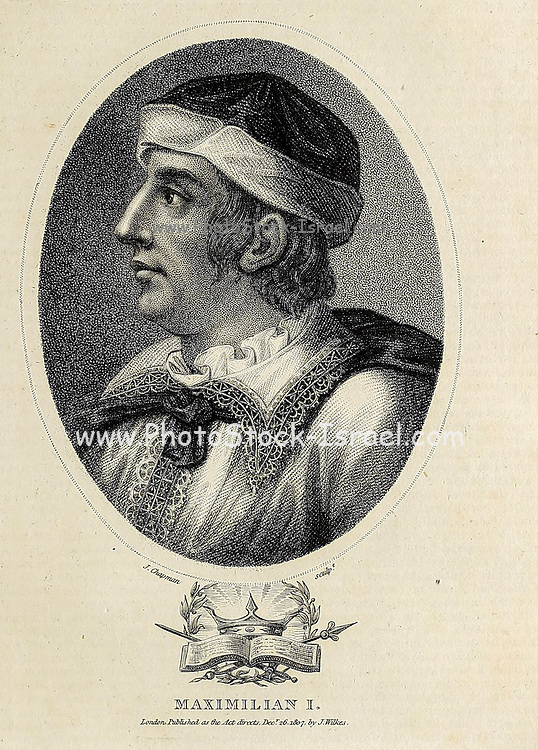