View Of Rotas Ghur, Bahar [Bihar] 'This view of Rotas Ghur was taken nearly at the top of the mountain within the works. A temple of the Hindoos, with a considerable flight of steps, formerly crowned the eminence on the left; the upper part of which has been thrown down by the Mahommedans, who erected a mosque near to it, and which in its turn is also become a ruin. No inhabitants are now to be found within the extensive walls of this magnificent fortress.' The ruins of the ancient temple of Rohitesvara crown the bluff, approached by its great stair, while the five-domed temple of Harsichandra may be seen beyond. The ancient and vast fort of Rohtasgarh is perched on top of the Kaimur Hills where they approach closest to the river Son in south Bihar. From the book ' Oriental scenery: one hundred and fifty views of the architecture, antiquities and landscape scenery of Hindoostan ' by Thomas Daniell, and William Daniell, Published in London by the Authors January 1, 1812 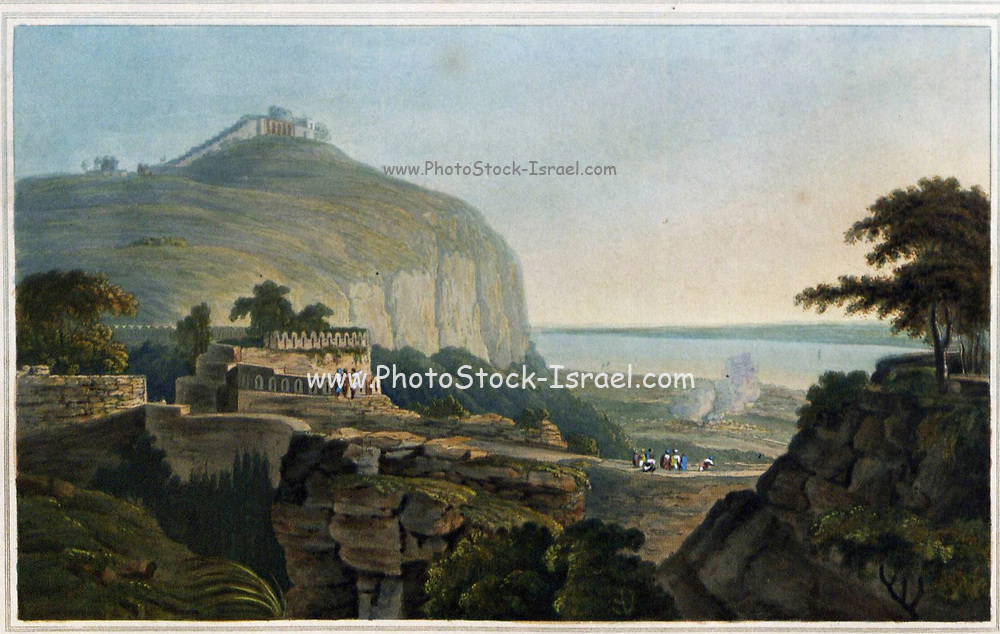