Digging under the house of Lords

Guy Fawkes and his fellow conspirators alarmed while digging the mine under the House of Lords, From the book ' Guy Fawkes; or, The gunpowder treason. An historical romance ' by William Harrison Ainsworth, with illustrations on steel by George Cruikshank. Published in London, by George Routledge and sons, limited in 1841. Guy Fawkes (13 April 1570 – 31 January 1606), also known as Guido Fawkes while fighting for the Spanish, was a member of a group of provincial English Catholics who was involved in the failed Gunpowder Plot of 1605. He was born and educated in York; his father died when Fawkes was eight years old, after which his mother married a recusant Catholic. 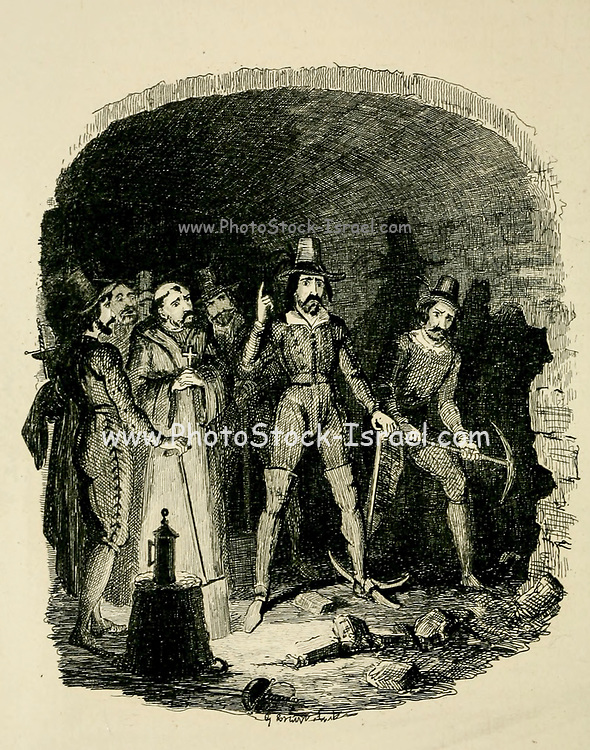