Leonidas I of Sparta

Leonidas I ("son of the lion"; died 19 September 480 BC) was a king of the Greek city-state of Sparta, and the 17th of the Agiad line, a dynasty which claimed descent from the mythological demigod Heracles and Cadmus. Leonidas I was son of King Anaxandridas II. He succeeded his half-brother King Cleomenes I to the throne in c. 489 BC. His co-ruler was King Leotychidas. He was succeeded by his son, King Pleistarchus. Leonidas had a notable participation in the Second Persian War, where he led the allied Greek forces to a last stand at the Battle of Thermopylae (480 BC) while attempting to defend the pass from the invading Persian army; he died at the battle and entered myth as the leader of the 300 Spartans. While the Greeks lost this battle, they were able to expel the Persian invaders in the following year. Copperplate engraving From the Encyclopaedia Londinensis or, Universal dictionary of arts, sciences, and literature; Volume VIII; Edited by Wilkes, John. Published in London in 1810. 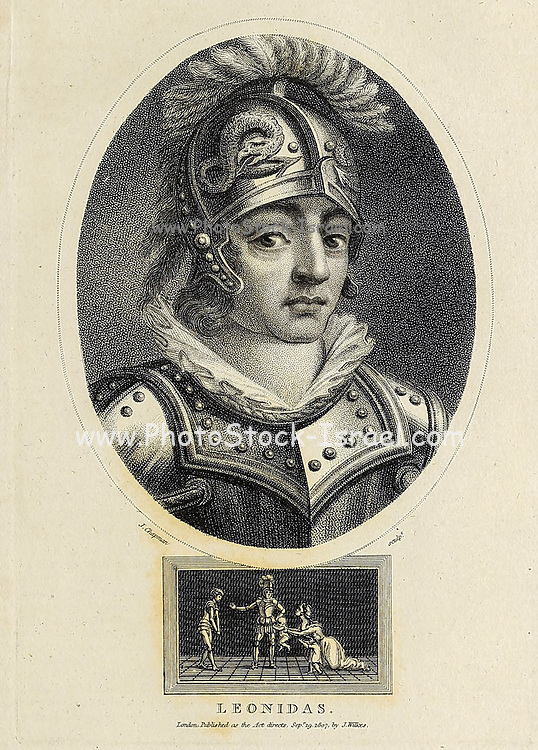