Solon (c.  630 – c.  560 BC) was an Athenian statesman, lawmaker and poet. He is remembered particularly for his efforts to legislate against political, economic and moral decline in archaic Athens.[2] His reforms failed in the short term, yet he is often credited with having laid the foundations for Athenian democracy.[3][4][5] He wrote poetry for pleasure, as patriotic propaganda, and in defence of his constitutional reform. Copperplate engraving From the Encyclopaedia Londinensis or, Universal dictionary of arts, sciences, and literature; Volume VIII; Edited by Wilkes, John. Published in London in 1810. 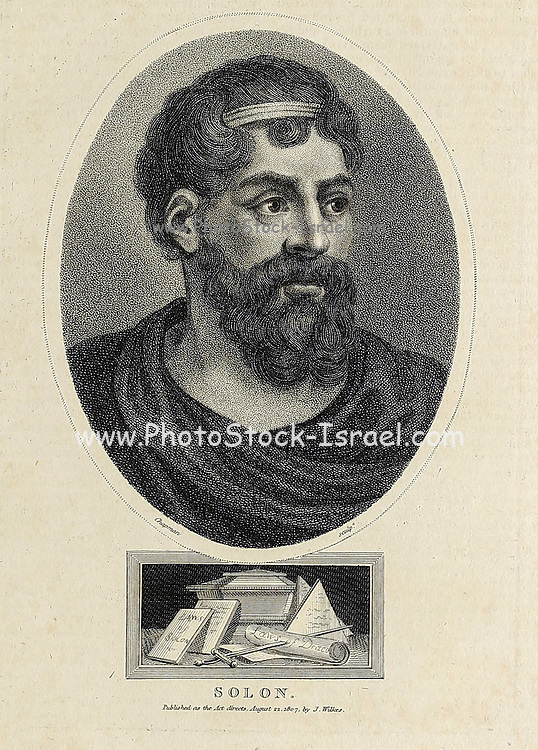