Tomb of the Emperor Akbar

Gate of the Tomb of the Emperor Akbar at Secundra, near Agra, November 1795 This magnificent Gate is built of reddish freestone, and the ornamental part inlaid with stones of various colours. The minars are of white marble, executed with great neatness; originally they were crowned with turrets, which have been destroyed by lightning. The Mausoleum within the garden, composed of the same materials, has a striking and grand effect; at the top of which, on the terrace, is placed the body of the Emperor, enclosed in a white marble tomb, elegantly ornamented. Secundra is nine miles from Agra, and about one hundred and twenty-eight southward of Delhi. From the book ' Oriental scenery: one hundred and fifty views of the architecture, antiquities and landscape scenery of Hindoostan ' by Thomas Daniell, and William Daniell, Published in London by the Authors January 1, 1812 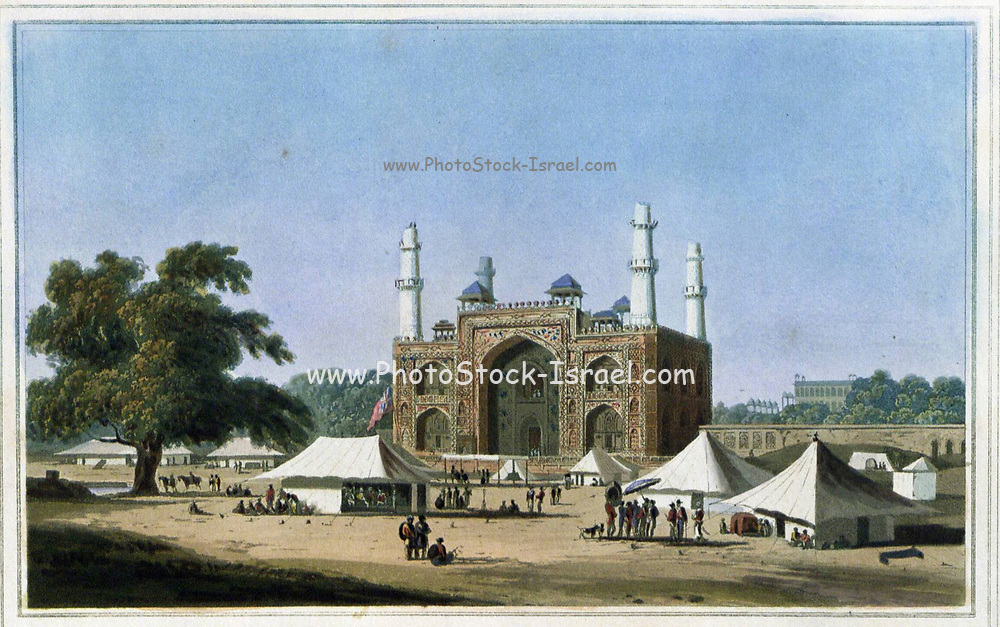