Futtepore Sicri (Fatehpur Sikri) [Fatehpur Sikri is a town in the Agra District of Uttar Pradesh, India. The city itself was founded as the capital of Mughal Empire in 1571 by Emperor Akbar, serving this role from 1571 to 1585, when Akbar abandoned it due to a campaign in Punjab and was later completely abandoned in 1610]. From the book ' The Oriental annual, or, Scenes in India ' by the Rev. Hobart Caunter Published by Edward Bull, London 1838 engravings from drawings by William Daniell 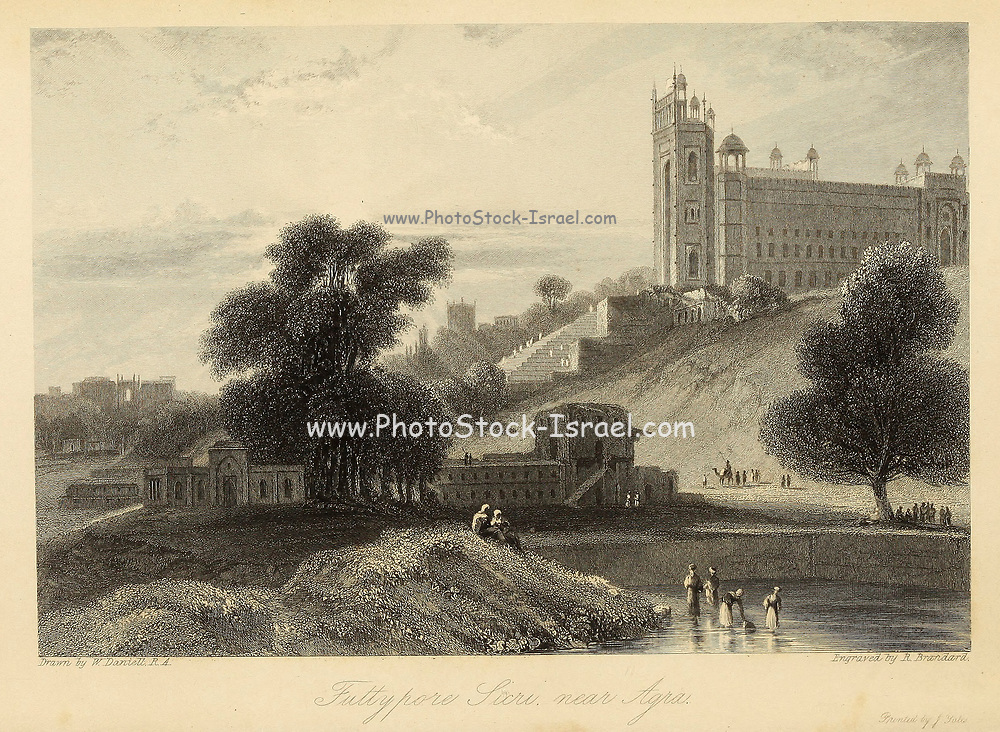