Charles V (24 February 1500 – 21 September 1558) was Holy Roman Emperor and Archduke of Austria from 1519 to 1556, King of Spain (Castile and Aragon) from 1516 to 1556, and Lord of the Netherlands as titular Duke of Burgundy from 1506 to 1555. As he was head of the rising House of Habsburg during the first half of the 16th century, his dominions in Europe included the Holy Roman Empire, extending from Germany to northern Italy with direct rule over the Austrian hereditary lands and the Burgundian Low Countries, and a unified Spain with its southern Italian kingdoms of Naples, Sicily, and Sardinia. Copperplate engraving From the Encyclopaedia Londinensis or, Universal dictionary of arts, sciences, and literature; Volume VIII; Edited by Wilkes, John. Published in London in 1810. 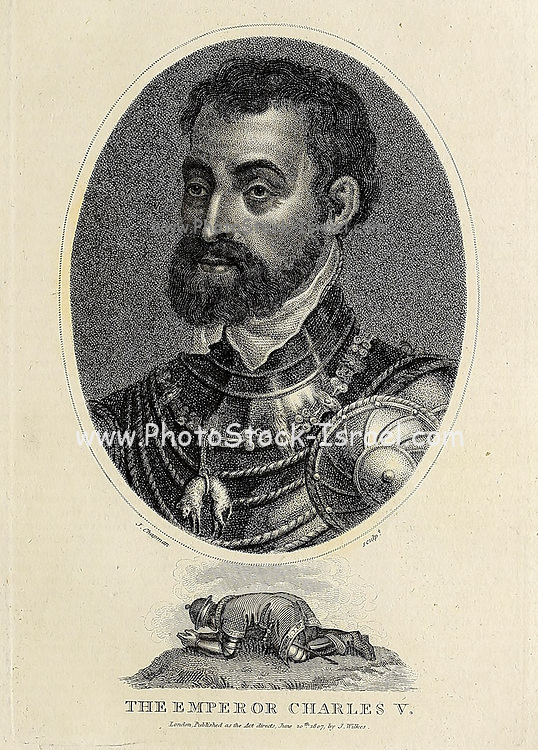