Machine colorised Abu'l-Fath Jalal-ud-din Muhammad Akbar (25 October 1542– 27 October 1605), popularly known as Akbar the Great (Akbar-i-azam), and also as Akbar I was the third Mughal emperor, who reigned from 1556 to 1605. Akbar succeeded his father, Humayun, under a regent, Bairam Khan, who helped the young emperor expand and consolidate Mughal domains in India. From the book ' The Oriental annual, or, Scenes in India ' by the Rev. Hobart Caunter Published by Edward Bull, London 1838 engravings from drawings by William Daniell 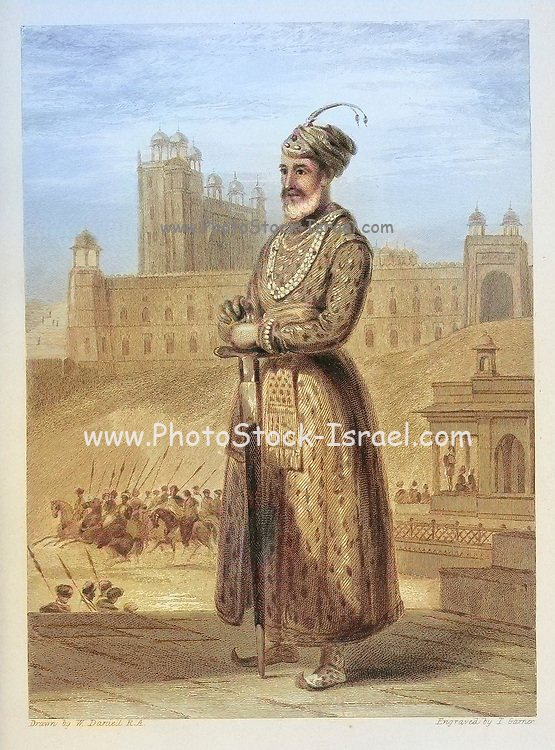