Appanoose was a 19th-century Meskwaki chief who lived in Iowa; he was son of Taimah (Chief Tama) and probably a grandson of Quashquame. Prior to European-American settlement in the 19th century, the tribe occupied territory in what became Michigan, Wisconsin, Illinois and Iowa. from the book ' History of the Indian Tribes of North America with biographical sketches and anecdotes of the principal chiefs. ' Volume 2 of 3 by Thomas Loraine, McKenney, and James Hall Esq. Published in 1842 Painted by Charles Bird King 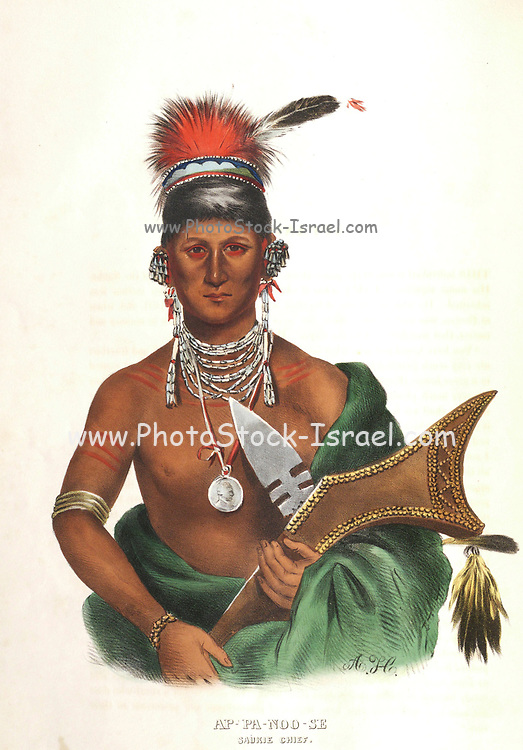