Osney Abbey Near Oxford as it appeared in 1640 Osney Abbey or Oseney Abbey, later Osney Cathedral, was a house of Augustinian canons at Osney in Oxfordshire. The site is south of the modern Botley Road, down Mill Street by Osney Cemetery, next to the railway line just south of Oxford station. It was founded as a priory in 1129, becoming an abbey around 1154. It was dissolved in 1539 but was created a cathedral, the last abbot Robert King becoming the first Bishop of Oxford. The see was transferred to the new foundation of Christ Church in 1545 and the building fell into ruin. It was one of the four renowned monastic houses of medieval Oxford, along with St Frideswide's Priory, Rewley and Godstow. Oxford is the county town and only city of Oxfordshire, England. Copperplate engraving From the Encyclopaedia Londinensis or, Universal dictionary of arts, sciences, and literature; Volume XVIII; Edited by Wilkes, John. Published in London in 1821 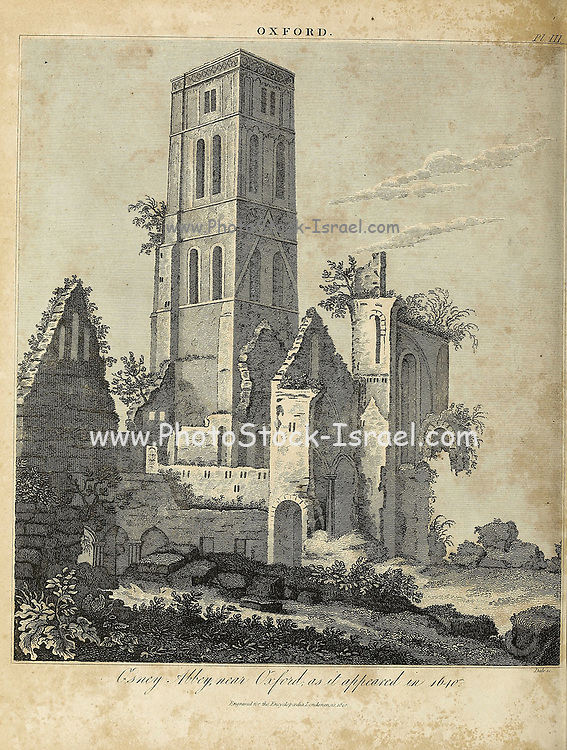