SHAHJEHANABAD or Old Delhi Shahjahanabad [Old Delhi or Purani Dilli is an area part of the greater city of Delhi, India. It was founded as a walled city named Shahjahanabad in 1639, when Shah Jahan (the Mughal emperor at the time) decided to shift the Mughal capital from Agra.[1] The construction of the city was completed in 1648, and it remained the capital of the Mughal Empire until its fall in 1857,] From the book ' The Oriental annual, or, Lives of the Moghul Emperors ' by the Rev. Hobart Caunter Published by Edward Bull, London 1837 engravings from drawings by William Daniell 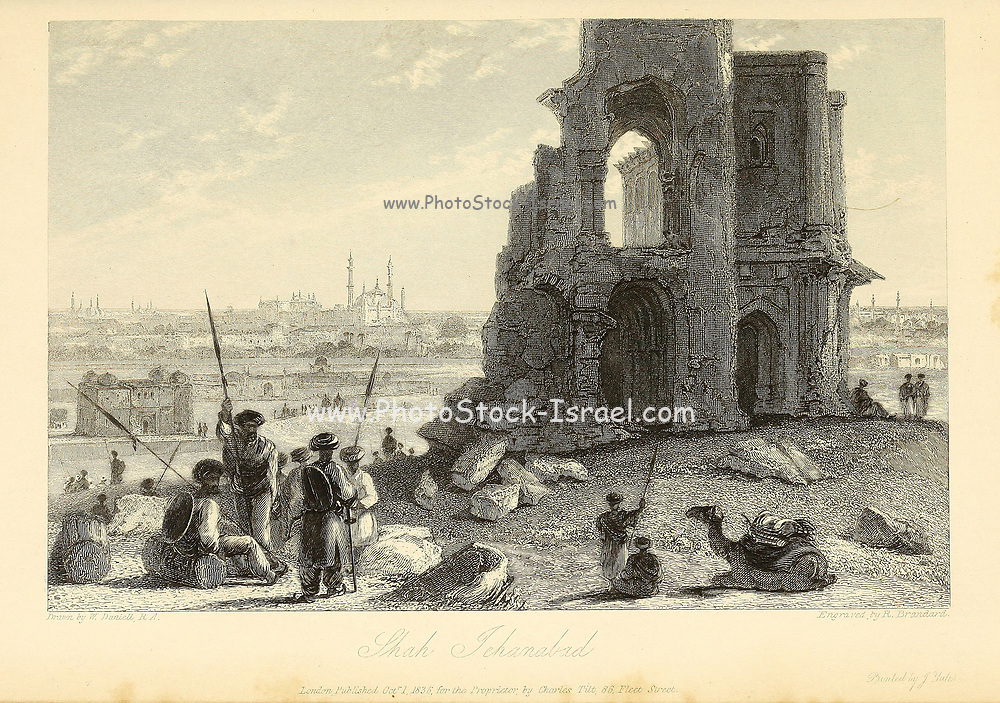