Skeleton of a Toxodon an extinct genus of South American mammals from the Late Miocene to early Holocene epochs (Mayoan to Lujanian in the SALMA classification) (about 11.6 million to 11,000 years ago). It is a member of Notoungulata, one of several now extinct orders of hoofed mammals indigenous to South America distinct from living perissodactyls and artiodactyls. It was among the largest and last members of its order, and was probably the most common large hoofed mammal in South America of its time. From the book ' Royal Natural History ' Volume 2 Edited by Richard Lydekker, Published in London by Frederick Warne & Co in 1893-1894 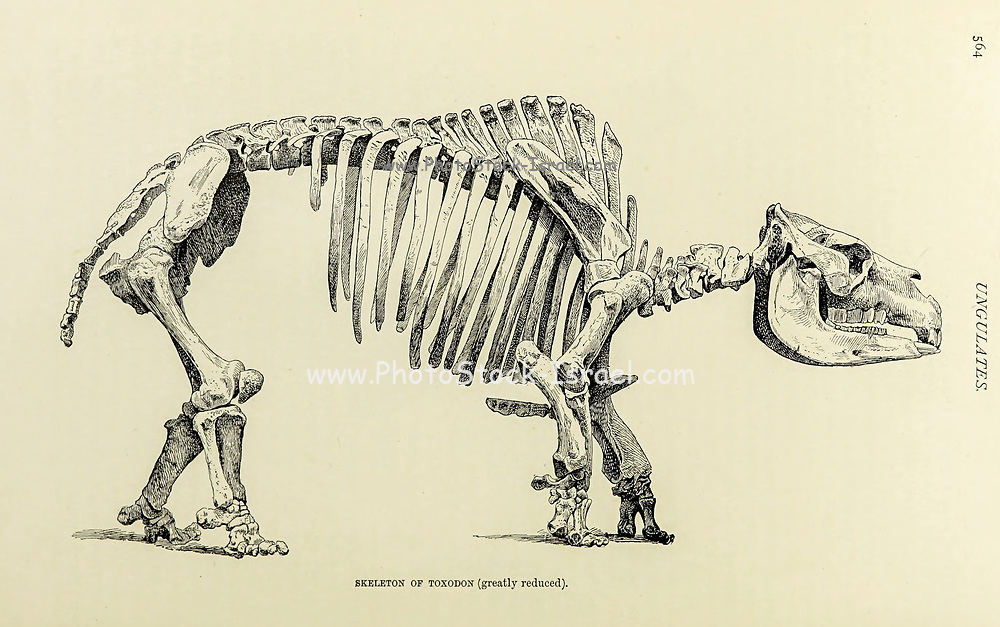