Aristides (530–468 BC) was an ancient Athenian statesman. Nicknamed "the Just", he flourished in the early quarter of Athens' Classical period and is remembered for his generalship in the Persian War. The ancient historian Herodotus cited him as "the best and most honourable man in Athens", and he received similarly reverent treatment in Plato's Socratic dialogues. Copperplate engraving From the Encyclopaedia Londinensis or, Universal dictionary of arts, sciences, and literature; Volume VIII; Edited by Wilkes, John. Published in London in 1810. 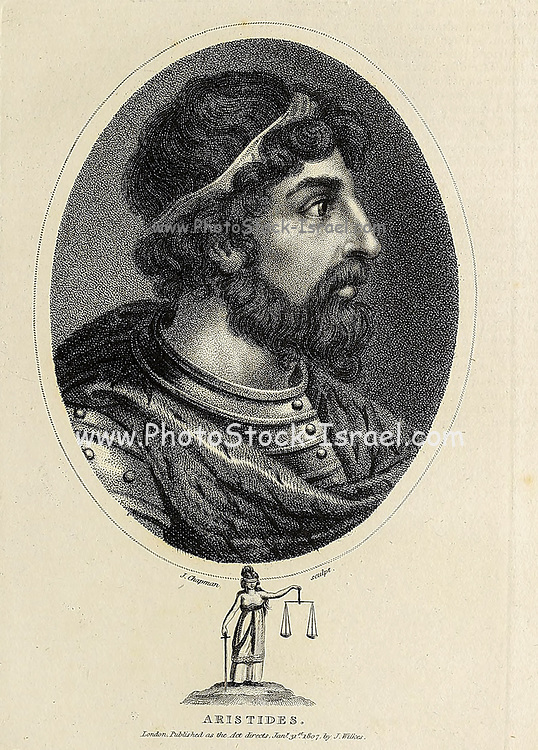