Wanata (Wa-na-ta) Grand Chief of the Sioux [Wa-na-ta (Dakota: Wánataŋ which translates as One who charges, or Charger) or Waneta was a chief of the Yanktonai, a tribe of the Dakota. Chief Wa-na-ta, also known as Wanata and Wanataan I, was born around 1795. The Yanktonai were located near the St. Peter River, which is today known as the Minnesota River, in present day Minnesota. The Yanktonai were said to have a population between five and six thousand individuals with 1,300 warriors. Wanata was a very influential chief, as evidenced by his ability to lead his tribes' 1,300 warriors into battle]. from the book ' History of the Indian Tribes of North America with biographical sketches and anecdotes of the principal chiefs. ' Volume 1 of 3 by Thomas Loraine,McKenney and James Hall Esq. Published in 1838 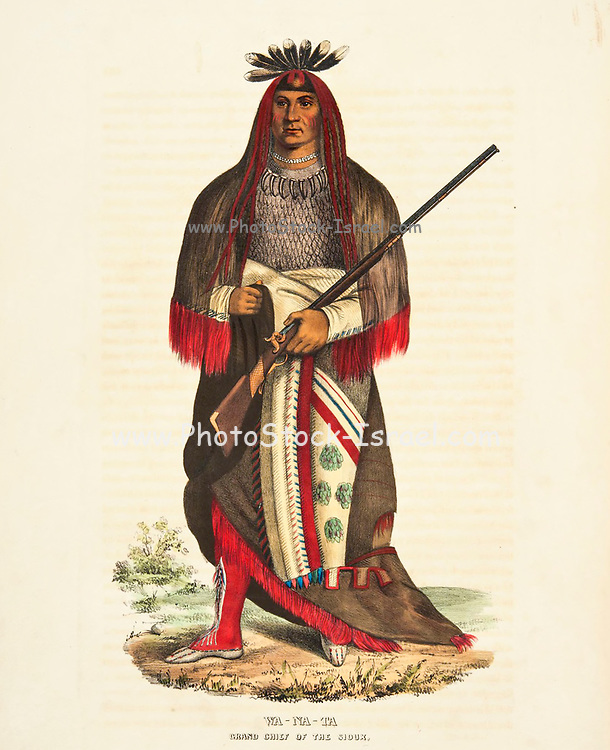