Alcibiades, son of Cleinias (c. 450–404 BC), from the deme of Scambonidae, was a prominent Athenian statesman, orator, and general. He was the last famous member of his mother's aristocratic family, the Alcmaeonidae, which fell from prominence after the Peloponnesian War. He played a major role in the second half of that conflict as a strategic advisor, military commander, and politician. Copperplate engraving From the Encyclopaedia Londinensis or, Universal dictionary of arts, sciences, and literature; Volume VIII; Edited by Wilkes, John. Published in London in 1810. 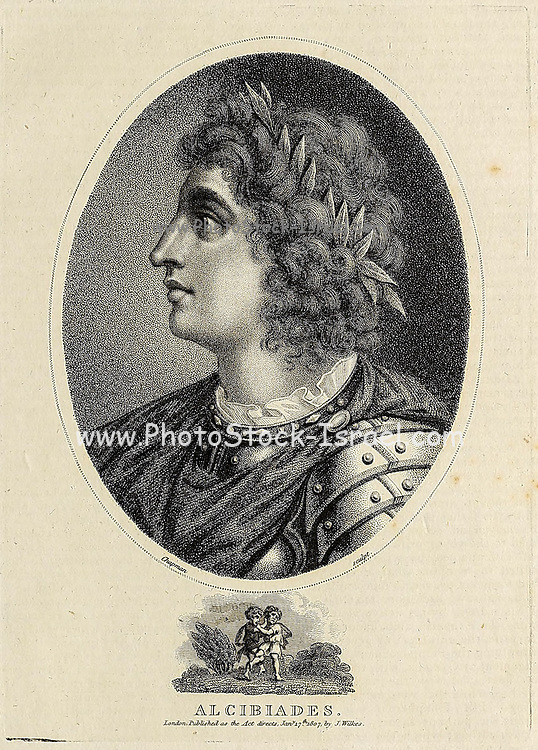