Euric king (rex) of the Visigoths

Euric (also known as Evaric, or Eurico in Spanish and Portuguese (c. 420 – 28 December 484), son of Theodoric I, ruled as king (rex) of the Visigoths, after murdering his brother, Theodoric II,[2] from 466 until his death in 484. Sometimes he is called Euric II. Copperplate engraving From the Encyclopaedia Londinensis or, Universal dictionary of arts, sciences, and literature; Volume VIII; Edited by Wilkes, John. Published in London in 1810. 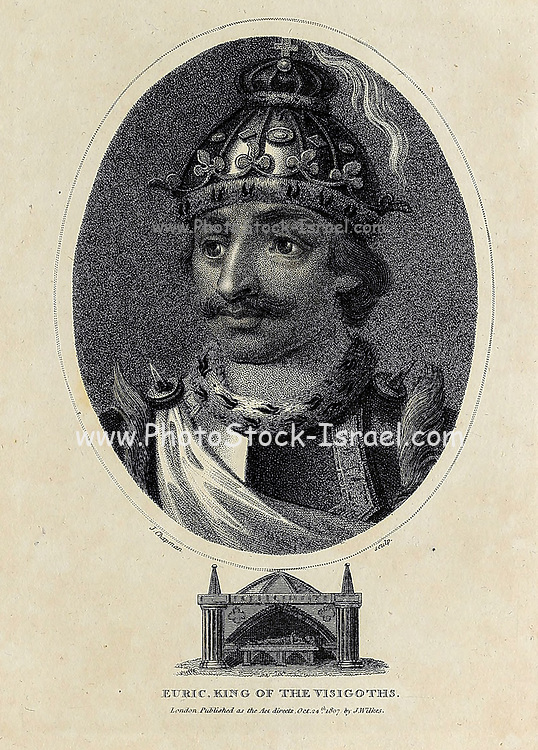