Louis XVIII (Louis Stanislas Xavier; 17 November 1755 – 16 September 1824), known as the Desired (French: le Désiré), was King of France from 1814 to 1824, except for the Hundred Days in 1815. He spent twenty-three years in exile: during the French Revolution and the First French Empire (1791–1814), and during the Hundred Days. Copperplate engraving From the Encyclopaedia Londinensis or, Universal dictionary of arts, sciences, and literature; Volume XVIII; Edited by Wilkes, John. Published in London in 1821 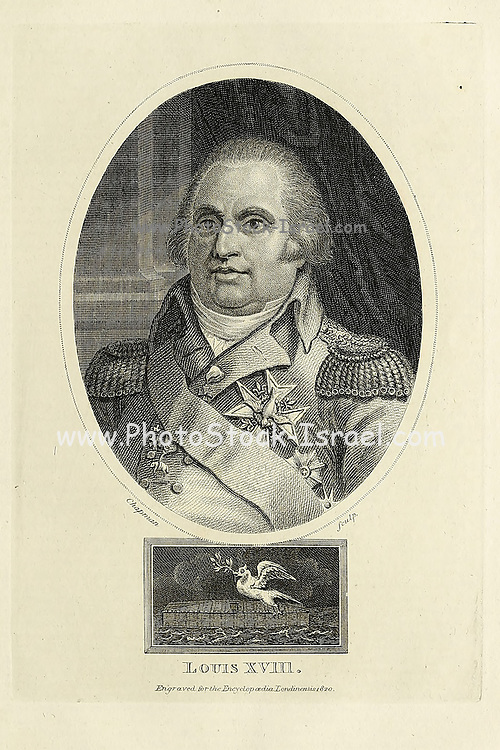