Lysander (died 395 BC) was a Spartan admiral who commanded the Spartan fleet in the Hellespont which defeated the Athenians at Aegospotami in 405 BC. The following year, he was able to force the Athenians to capitulate, bringing the Peloponnesian War to an end. He then played a key role in Sparta's domination of Greece for the next decade until his death at the Battle of Haliartus. Copperplate engraving From the Encyclopaedia Londinensis or, Universal dictionary of arts, sciences, and literature; Volume VIII; Edited by Wilkes, John. Published in London in 1810. 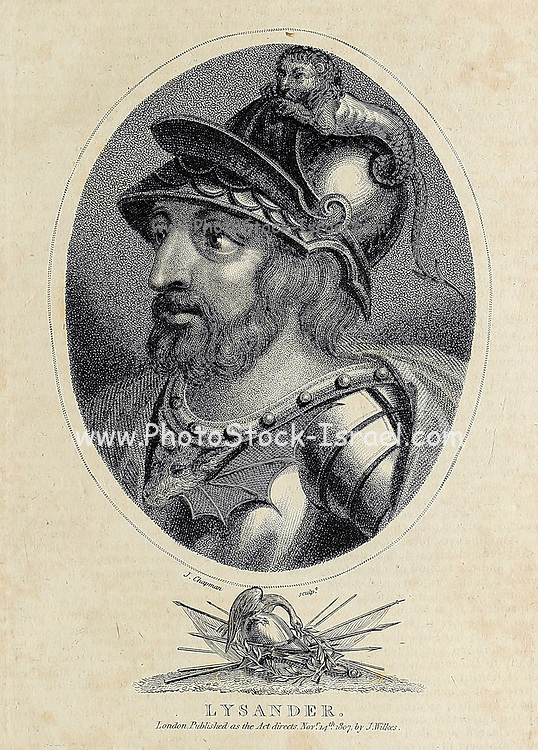