Goody Two Shoes by Walter Crane Published in London & New York by George Routledge and Sons 1874. The History of Little Goody Two-Shoes is a children's story published by John Newbery in London in 1765. The story popularized the phrase "goody two-shoes" as a descriptor for an excessively virtuous person or do-gooder. The fable tells of Goody Two-Shoes, the nickname of a poor orphan girl named Margery Meanwell, who goes through life with only one shoe. When a rich gentleman gives her a complete pair, she is so happy that she tells everyone that she has "two shoes". Later, Margery becomes a teacher and marries a rich widower. This earning of wealth serves as proof that her virtue has been rewarded, a popular theme in children's literature of the era 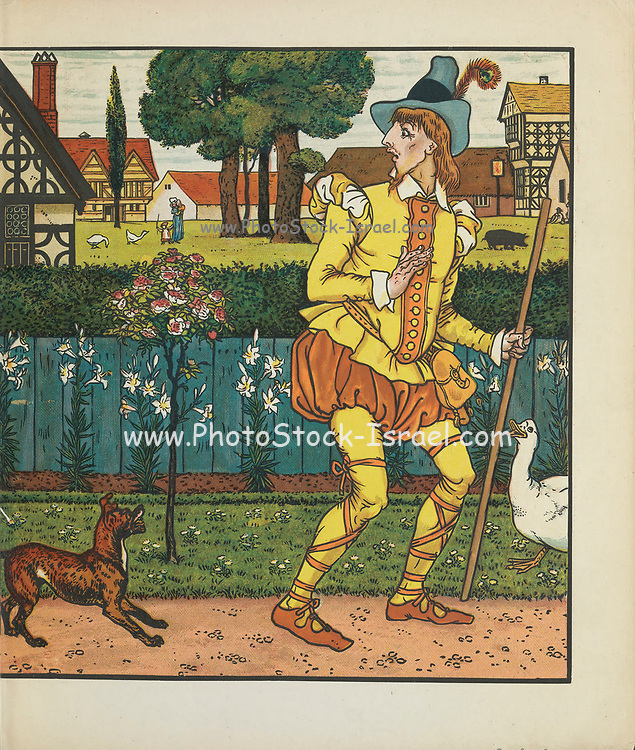