Major Ridge, The Ridge (and sometimes Pathkiller II) (c. 1771 – 22 June 1839) (also known as Nunnehidihi, and later Ganundalegi) was a Cherokee leader, a member of the tribal council, and a lawmaker. As a warrior, he fought in the Cherokee–American wars against American frontiersmen. Later, Major Ridge led the Cherokee in alliances with General Andrew Jackson and the United States in the Creek and Seminole wars of the early 19th century. from the book ' History of the Indian Tribes of North America with biographical sketches and anecdotes of the principal chiefs. ' Volume 1 of 3 by Thomas Loraine,McKenney and James Hall Esq. Published in 1838 Painted by Charles Bird King 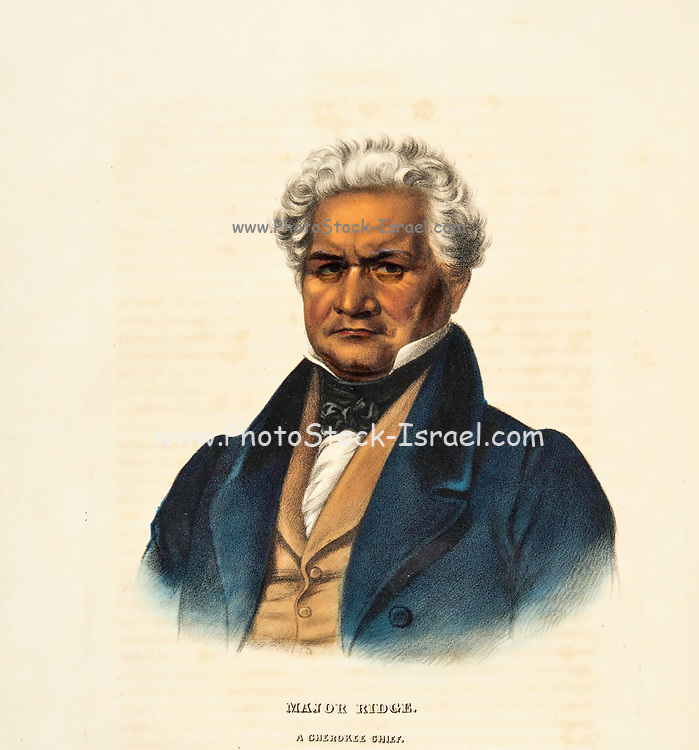