Beauty and the beast by Walter Crane

Beauty and the beast by Walter Crane, Edmund Evans, Published in London & New York by George Routledge and Sons in 1874. Beauty and the Beast (French: La Belle et la Bête) is a fairy tale written by French novelist Gabrielle-Suzanne Barbot de Villeneuve and published in 1740 in La Jeune Américaine et les contes marins (The Young American and Marine Tales). Its lengthy version was abridged, rewritten, and published by Jeanne-Marie Leprince de Beaumont in 1756 in Magasin des enfants (Children's Collection) to produce the version most commonly retold and later by Andrew Lang in the Blue Fairy Book of his Fairy Book series in 1889. It was influenced by Ancient Greek stories such as "Cupid and Psyche" from The Golden Ass, written by Lucius Apuleius Madaurensis in the 2nd century AD, and The Pig King, an Italian fairytale published by Giovanni Francesco Straparola in The Facetious Nights of Straparola around 1550. 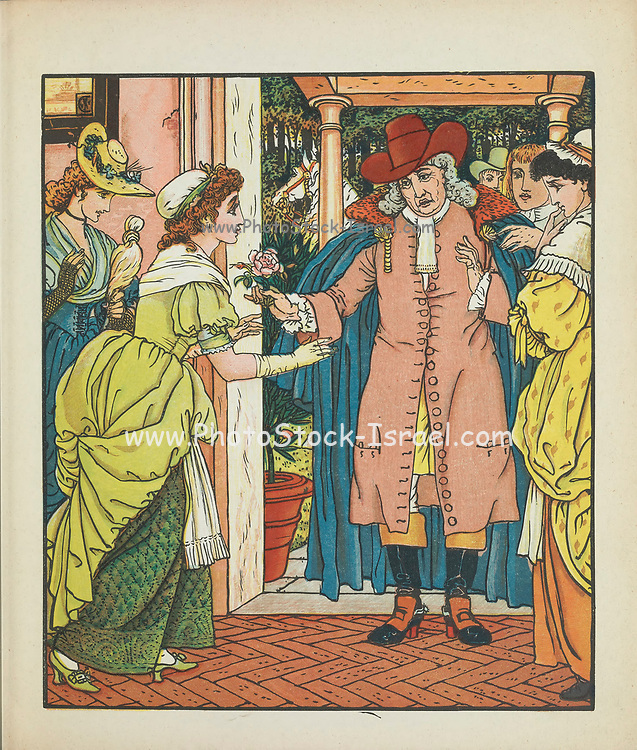