Pericles (c. 495 – 429 BC) was a Greek statesman and general of Athens during its golden age. Pericles was prominent and influential in Athenian politics, particularly between the Greco-Persian Wars and the Peloponnesian War, and was acclaimed by Thucydides, a contemporary historian, as "the first citizen of Athens".[1] He turned the Delian League into an Athenian empire and led his countrymen during the first two years of the Peloponnesian War. The period during which he led Athens, roughly from 461 to 429 BC, is sometimes known as the "Age of Pericles", but the period thus denoted can include times as early as the Persian Wars or as late as the following century. Copperplate engraving From the Encyclopaedia Londinensis or, Universal dictionary of arts, sciences, and literature; Volume VIII; Edited by Wilkes, John. Published in London in 1810. 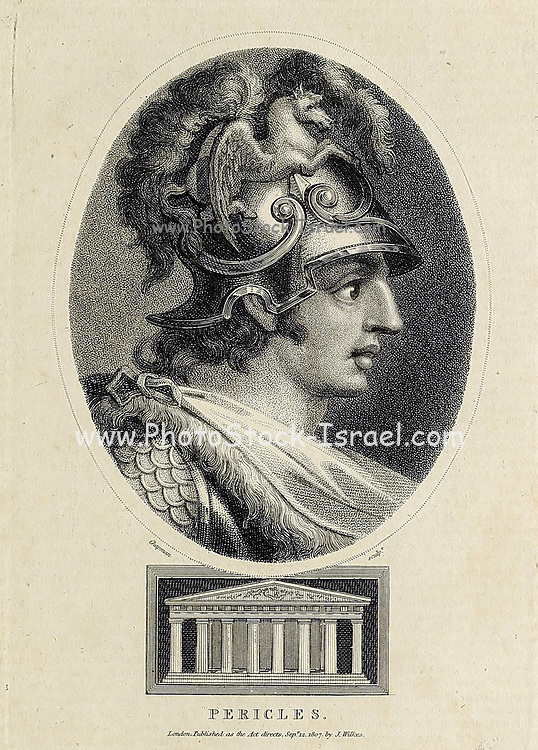