olive oil press at Kursi, Israel Kursi is the Arabic name for the ruin on the eastern shores of the Sea of Galilee, Israel. During the mishnaic and talmudic periods this was a Jewish fishing village. Excavations revealed the remnants of the largest Byzantine-period monastery in Israel (123 by 145 meters). The monastery and the church inside it were built in the middle of the fifth century C.E. In the church, archeologists found a mosaic floor with pictures of animals (chickens, geese, doves, cormorants, and fish), and plants such as citrons, dates, pomegranates, and grapes. According to the New Testament, Jesus healed a man possessed by demons in Kursi. Mark relates that when Jesus disembarked from his boat, a "man with an evil spirit came from the tombs to meet him." A herd of swine was grazing in the area and Jesus cast the demonic spirits from the man to the swine. The swine then ran into the Sea of Galilee and drowned (Mark 5: 1-20) 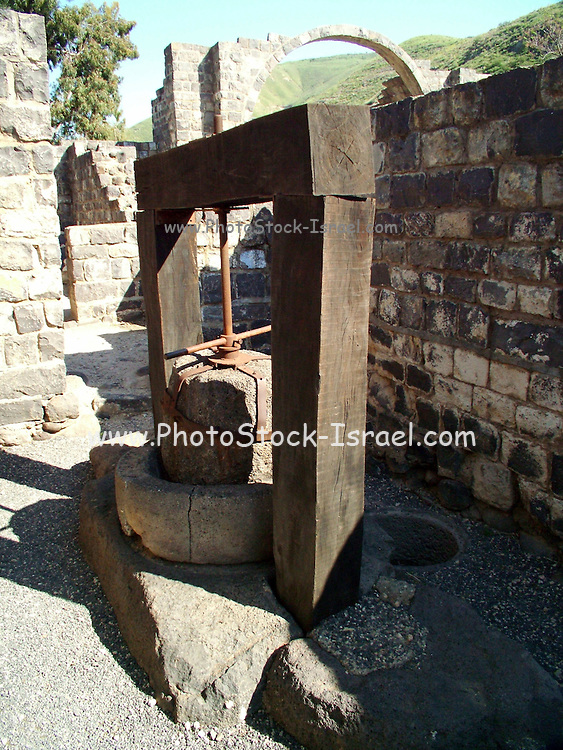