Roman temple at the ruins of Bet She'an Israel

Roman temple at the ruins of Bet She'an Israel. Bet shean is located in the northn regions of Israel, Bet She'an was the site of an Egyptian administrative center during the XVIII and XIX dynasties. In Hellenistic times it was a Scythian city from circa 625 to 300 B.C., and the biblical city Beth-shean. In 64 BC it was taken by the Romans, rebuilt, and made the center of the Decapolis, the "Ten Cities" of Samaria that were centers of Greco-Roman culture. The city contains the best preserved Roman theater of ancient Samaria. 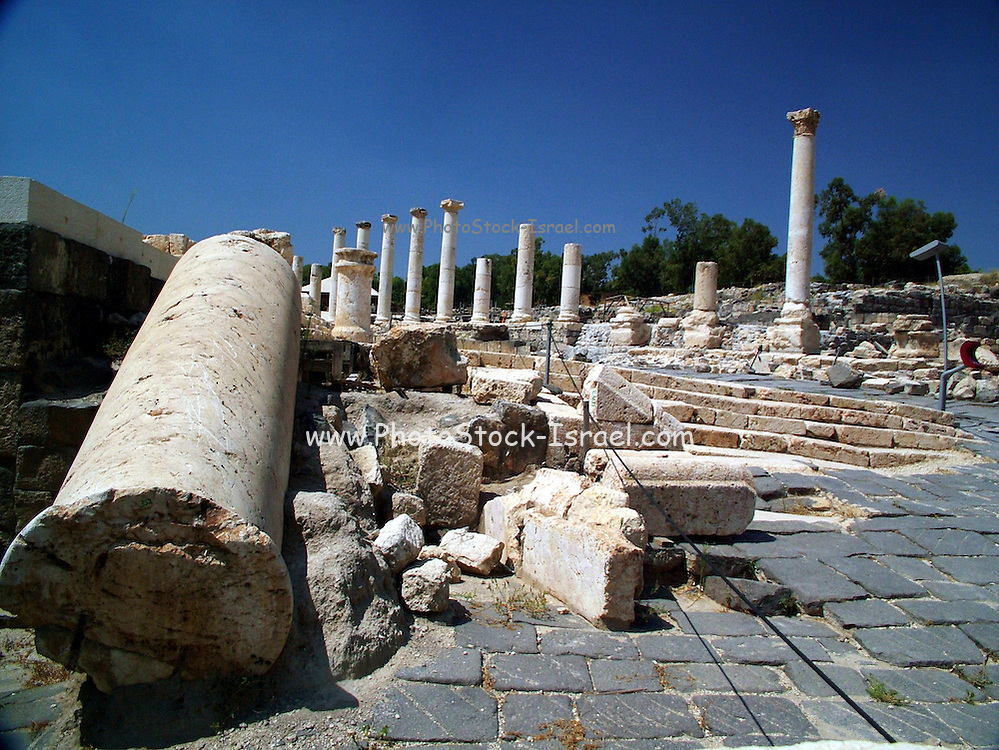